CACTUS is a project on energy sufficiency and its integration into climate and energy strategies in the Central and Eastern European context funded by the European Climate Initiative EUKI. It sensitises key scenario builders, policy makers and wider EU and climate and energy stakeholders on energy sufficiency, and explores its integration in Hungarian and Lithuanian scenario models.

In the long-term, CACTUS will support the development of more ambitious and effective national mitigation strategies through increased consideration for sufficiency potential in the target countries, in line with the Paris Agreement.

It will pave the way for more ambitious mitigation strategies by providing exploratory quantitative and qualitative analysis on sufficiency’s mitigation potential and will also support the development of sufficiency policies by raising the awareness of policy-decision makers on the sufficiency concept and its mitigation role.

Moreover, it will lay the foundation for further transnational cooperation on this topic sharing project results with a broader community of scenario builders in Europe and raising awareness of European decision-makers on the driving role that sufficiency could play in European climate policy and in the fight against energy poverty in the CEE region and beyond.

More about the project: https://www.lei.lt/en/projektas/consolidating-ambitious-climate-targets-with-end-use-sufficiency-cactus/ 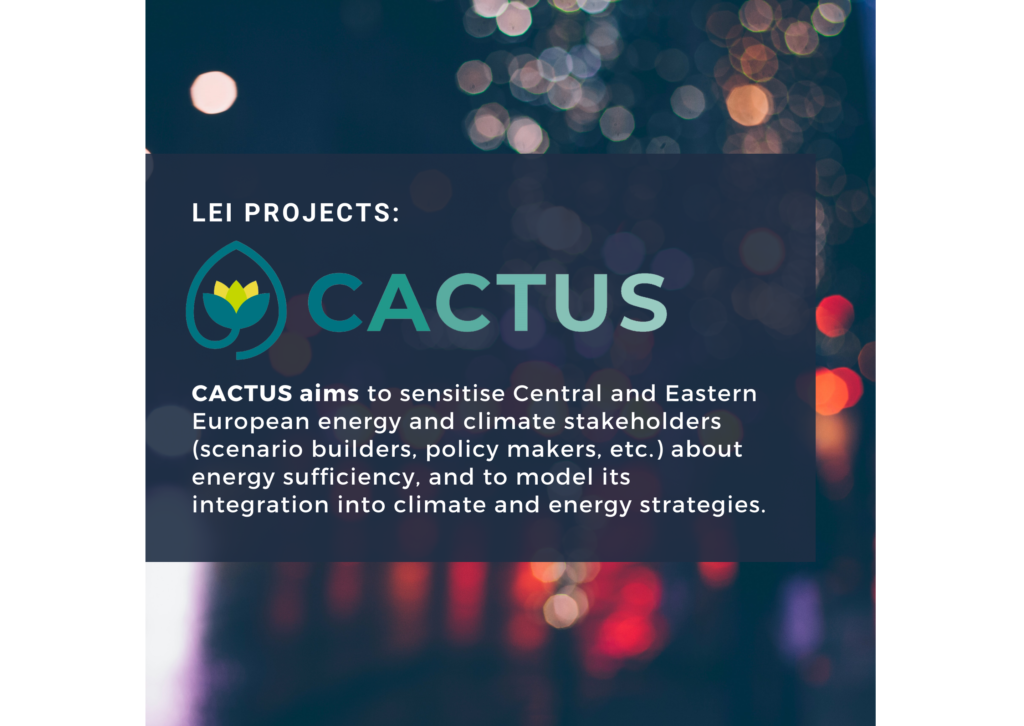